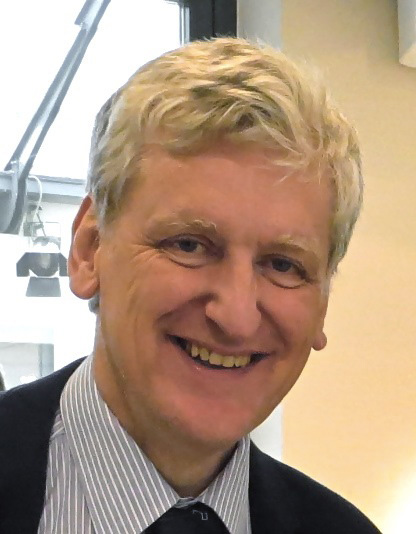 Professor Malcolm Swan, a leader of the international movement to improve the teaching and learning of mathematics, sadly died in 2017 at the age of 64. He played a leading role in the School of Education's Shell Centre for Mathematical Education, which he joined in 1979 after his formative years teaching in the classroom. Malcolm is recognised world-wide for the design and development of materials that, after a rigorous development process, have enriched the learning of millions of children.

A person of many talents, Malcolm's exceptional skill was in the design of tools that enable typical teachers to make specific research insights into a happy reality in their classrooms. He did this through a combination of deep understanding, creative ideas and a genius for design. His lesson designsncontain surprise and delight, humanity and humour - opening up the world of mathematics even to students who struggle with the abstractness of school mathematics. Something of this can be seen in the two tasks shown, illustrations from Malcolm’s work.

This liveliness and originality runs throughout the many products whose design he led. The Language of Functions and Graphs, the examination module from which these tasks come, was recognised years later when it and Malcolm were the first recipients of the first annual prize 'for excellence in design' of ISDDE, the International Society for Design and Development in Education.

It also exemplifies strategic aspects of the Shell Centre approach. Introducing a new topic in an important examination motivates always-busy teachers to change, to make it part of their teaching. To do that well most teachers also need well-engineered teaching materials. Malcolm and the team took each design through an iterative process of trials in classrooms, observation and revision. While standard for developing products in research-based fields like medicine, this systematic 'engineering research' approach is still rare in education, where simple 'authoring' remains dominant. He believed that design could be taught and learned and his colleagues benefitted from his ability to nurture their talents.

Malcolm's skill in leading a team design process, where common factors were distilled from the reports of classroom observers of different teachers' realisations of the lesson materials, epitomised his interpersonal skills. Over the years many people have commented on his modest, thoughtful, patient way with those new to design, and the insights this gave into his approach to task and lesson creation. He was dedicated to the whole field of mathematics education, writing articles, giving talks, and hosting workshops. These always included products of design to illuminate his insight-focused research, described in his book Collaborative Learning in Mathematics: A Challenge to our Beliefs and Practices.

The sequence of projects that achieved large-scale impact started with Malcolm’s work with examination boards. Later his work as part of the professional development support package, Improving Learning in Mathematics, was developed with the Department for Education andwas sent to all secondary schools, colleges - and prisons. For the last 25 years international collaborations with US and EU funding have widened the scope and impact of Shell Centre work. For the US-based Mathematics Assessment Project, Malcolm led the design of 100 formative assessment lessons across the age range 11-17. These took forward the earlier research-based design, on concept development and on problem solving. There have been over 7,000,000 lesson downloads so far from map.mathshell.com alone - an impact reflected in teacher enthusiasm in the Twittersphere.

In 2015 this body of work was recognized by the International Commission on Mathematical Instruction when Malcolm and I were chosen as the first recipients of the Emma Castelnuovo Award for "more than 35 years of development and implementation of innovative, influential work in the practice of mathematics education, including the development of curriculum and assessment materials, instructional design concepts, teacher preparation programs, and educational system changes."

Malcolm expressed regret that, since the 1989 National Curriculum, there has been little systematic support for this kind of work in England. Here, educational initiatives often seem to reflect the personal opinions of successive secretaries of state in a way that would be inconceivable in, say, medicine. They are then launched without the well-engineered support needed for them to succeed.

Outside of work, he was devoted to his family and liked nothing better than family holidays walking in the mountains. Having a strong Christian faith, his involvement in the local church always played a central part in his life.

He was a lovely man with a touch of genius.

Malcolm is survived by his wife, Margaret (née Coles) whom he married in 1980, and two children, Philip and Catherine.